On February 2nd, The City of Dubrovnik, as Lead Beneficiary, organized the Final Conference of the Adriatic IPA CBC 2007-2013 project called EX.PO AUS/0037 – “EXtension of POtentiality of Unesco Adriatic Sites”. 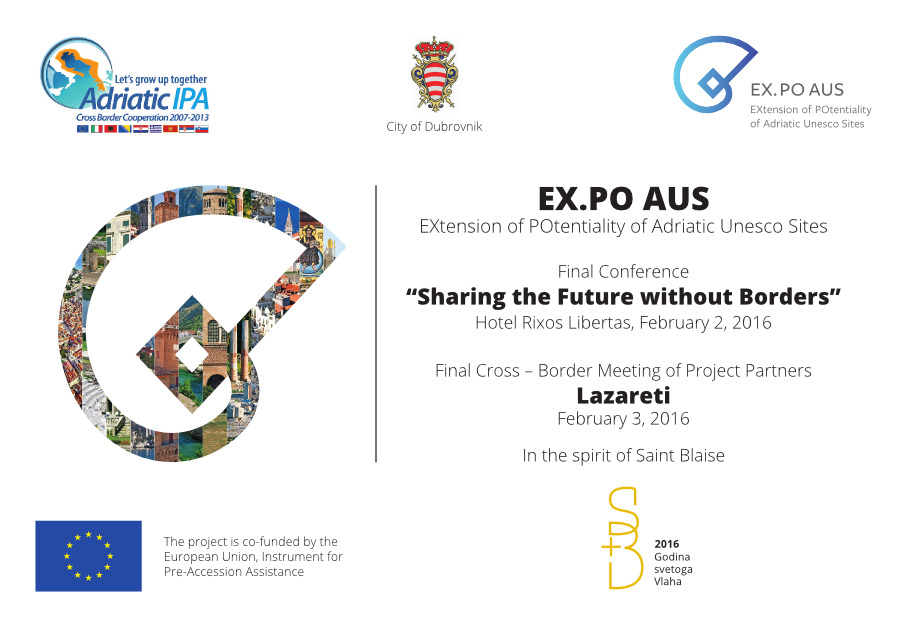 First part of the Conference “EXtension of POtentiality of Unesco Adriatic Sites – Sharing the Future Without Borders” was open to the general public, to experts and professionals in the field, and to various institutions dealing in heritage management issues, cultural tourism, energy efficiency, etc.

The Final International Conference gathered all the partners from seven countries across the Adriatic area, both EU and non-EU. Together, they diligently worked over the last 3 years towards the creation of a future where our combined results can be shared in an Adriatic community without borders. Lessons learned – lessons shared.

On February 3rd, the Project Partners met in the renovated complex Lazareti next to the Old Town and discussed the final wrap-up details related to the project, which will officially end on February 29, 2016. As a note, the Lazareti restoration project was chosen for a Poster Exhibition at the OWHC World Congress held in Arequipa, Peru last November 2015. 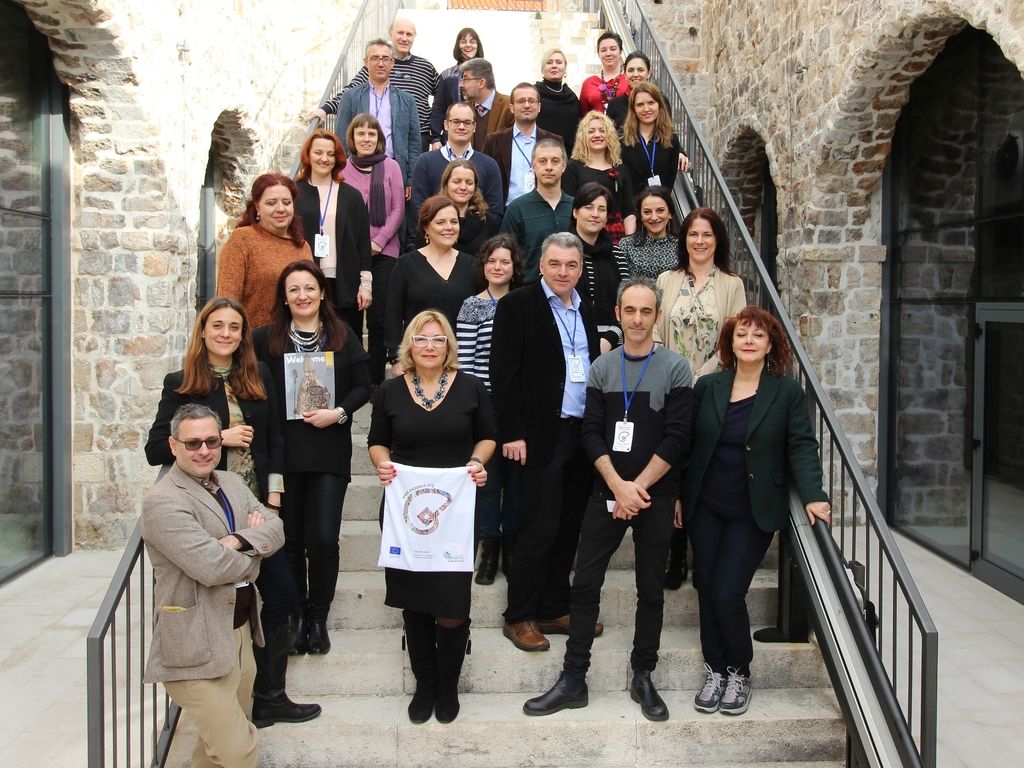 EX.PO AUS Project Partners on the stairs of the renovated complex Lazareti 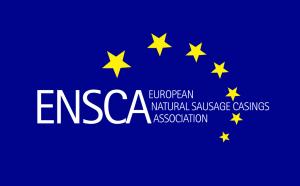 a proud holder of 2019 A+ Credit Worthiness Certificate 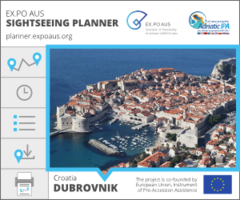 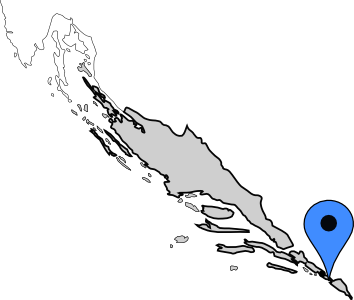 Intermittent clouds
12°C
wind speed: 1 m/s SSE
We use cookies to ensure that we give you the best experience on our website. OkRefuse third party non functional cookiesMore info